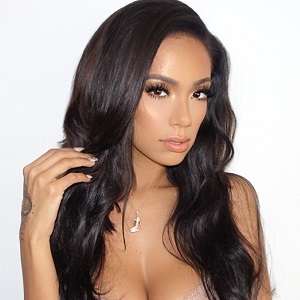 Erica Mena was born on November 8, 1987 and raised in Bronx, NY. Being both Puerto Rican and Dominican decent Erica Mena has a feisty personality and enough talent to take over the industry. Growing up Erica was always in a performing arts class or activities. Erica’s ambition and drive at a young age didn’t go unseen. It wasn’t long before a NY agent published her in his agency’s magazine and things skyrocketed from there. Erica started to get requested and booked for catalog and print ads at fourteen. Shortly after an MTV scout discovered her and she went on to win a huge Jennifer Lopez lookalike contest. It didn’t take her long to create her own name and gain some serious recognition within the industry.

Erica also starred on the 1 rated hit show “Kourtney and Khloe take Miami” which premiered on E! She has landed many coveted principal roles in major music videos such as “I’m So Paid” with Akon featuring Young Jeezy and Lil Wayne and more, which officially put her on the radar of every household in America. Erica Mena has graced the pages of XXL Magazine, KING Magazine, The Source, Hype Hair and Don Diva to name a few. She was the inspiration for SHOW Magazine’s concept and first ever cover girl. That led to many more glossy photos of her popping up on newsstands everywhere, not to mention several print campaigns such as Roca Wear, Tommy Hilfiger as well as being a spokes model for various companies domestically and internationally. You can also see her star in “LOVE & HIP HOP” on VH1. Her role has grown tremendously over the past few seasons and Team Mena continues to skyrocket taking her fan base into the millions. Erica’s hard work and persistence in this game has opened up many different business endeavors.One thing many people don’t know is that Erica has always had a passion for fashion. She has been sketching since she was 8 years old. She teamed up with Randa Quraan of Socially Loud and created “Her” by Erica Mena a clothing line that will cater to men and women.

The Color of Money by Sa’Rese